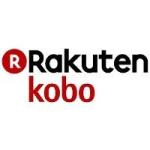 After 8-years of focused research, Neurologist Dr. Cosmo Patrini finds a protein factor that reverses the weakness and death sentence of muscular dystrophy’s victims. To test the safety of the drug in humans, he self-injects the drug and has the strength of 15- men as judged by his holding up the collapsing baggage claim apparatus at Boston’s Logan Airport. Three witnesses to the event seek the superhero’s secret. Dr. Gerhard Hardt, a German cardiology drug researcher and Dr. Sin woo Boto, a Chinese pharmaceutical company physician, vie for possession of the molecule. The third man is a popular television aerobic exercise celebrity who threatens Patrini’s anonymity with exposure unless he endorses his TV program.
The Germans and the Chinese infiltrate Patrini’s professional and domestic life to wrest the secrets of the drug from his Harvard Medical Center laboratory. German scientists select Bostonian victims at random to test the drug on excised human heart tissue.
The Chinese have need of Patrini’s discovery to amass an army of superhumans for a world domination agenda. Dr. Boto directs his team to eliminate all competition for their sole possession of the Myosin Factor.
The US Government is interested in the Myosin Factor’s potential and has an agent enrolled as Patrini’s graduate student to find out what the Germans and the Chinese are doing. Agent Lazlo Pennypacker works in Patrini’s with and Pennypacker’s boss, Colonel Merlin Sweeney, uses CIA and FBI resources to uncover the faceted plot.