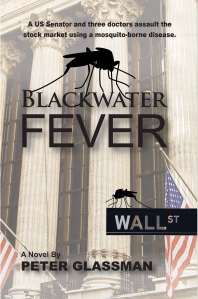 David Swanson wanted a military career. Alas, an Iraqi strain of malaria ended such a
dream. He became a stock broker. His malaria still precipitated amnesic malaria attacks.
Unbeknown to him, however, his malaria specialist, Dr. Gail Binelli, in New York City has the
ability to turn on Swanson’s malaria attacks at will. She does that only when Wall Street insider information is desired.

NYPD female detective Furdis Nosh investigates the near death of Swanson’s colleague during one of his malaria bouts of fever. She has a lead pointing to something suspicious about Dr. Gail Binelli and her stock market activities related to her malaria patient, David Swanson. It’s a lead which will extend from New York to Florida and Washington, DC. It’s a road paved with corruption and murder from a doctor’s office to the US Senate.